This chart shows the ridiculous growth in consumption, driven by inexpensive products and quadrupling population: 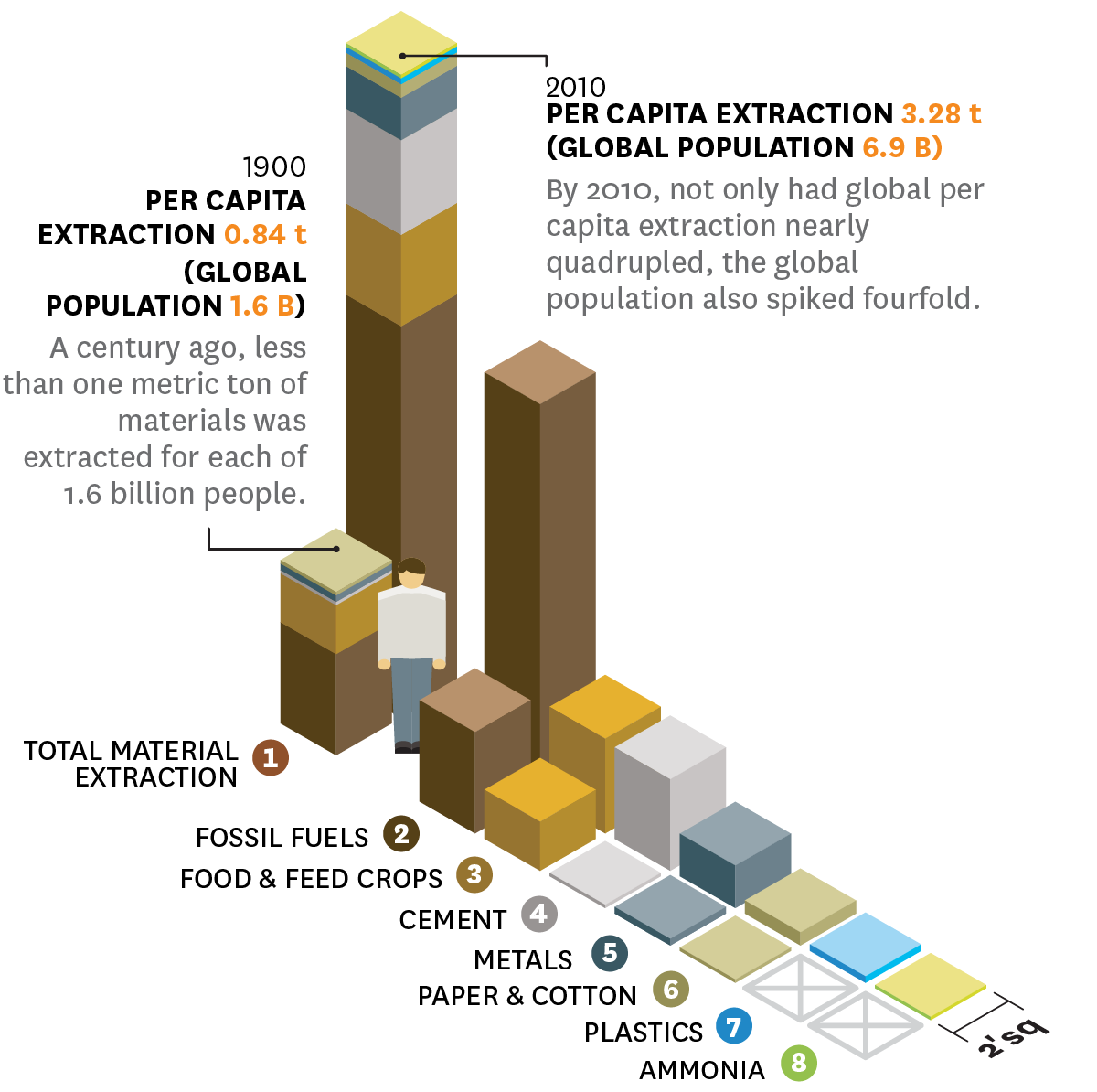 Note the ridiculous growth in fossil fuel, cement, and metals consumption. Food consumption looks here to have only doubled, but in this other chart, it’s gone up almost nine times. Meanwhile, cement has gone up 251 times and fossil fuels 16 times: 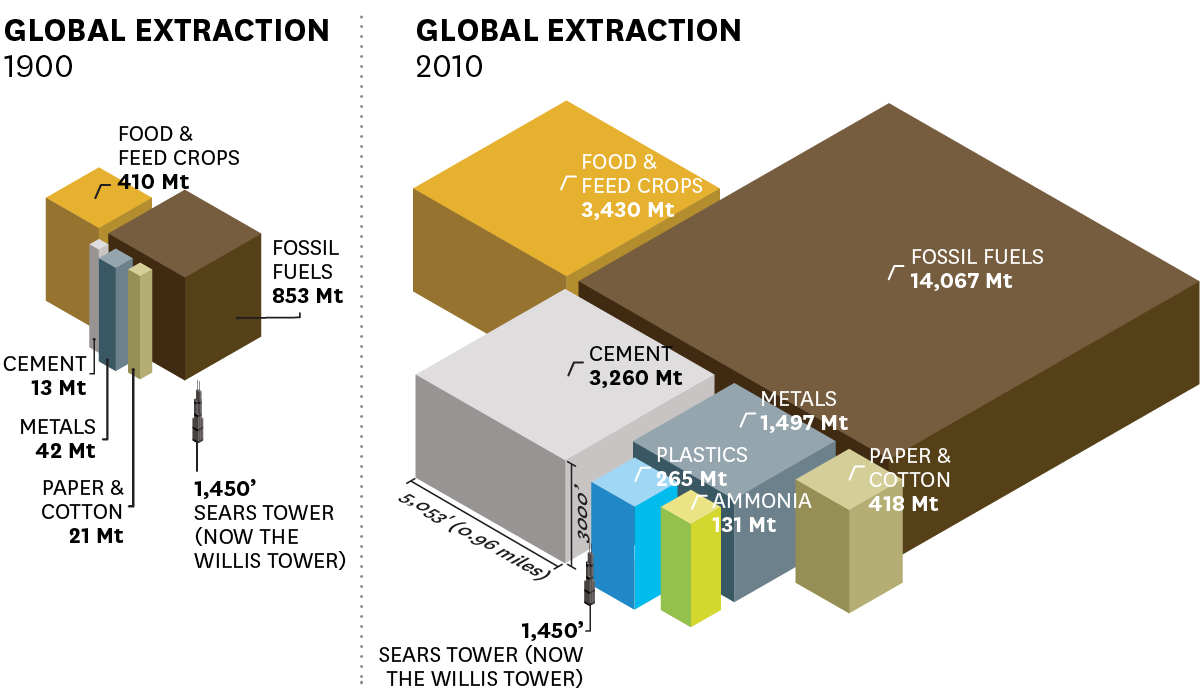 Other than the obvious question (who the heck is using all that cement?!?*), this raises a bevvy of other interesting questions that should get a game designer‘s brain churning, like:

* China. 40% of global CO2 emissions are linked to the construction industry.